Seafaring Lives in Transition, Mediterranean Maritime Labour and Shipping, 1850s-1920s (SeaLiT) is an international research project funded by the ERC Starting Grant 2016. SeaLiT started in February 2017 and has a duration of five (5) years.

The project is hosted at the Institute of Mediterranean Studies, of the Foundation for Research and Technology Hellas (IMS/FORTH), Rethymno, Crete. SeaLiT runs under the supervision of Dr. Apostolos Delis, the principal investigator and coordinator of the project.

SeaLiT explores the transition from sail to steam navigation and its effects on seafaring populations in the Mediterranean and the Black Sea between the 1850s and the 1920s. In the core of the project lie the effects of technological innovation on seafaring people and maritime communities, whose lives were drastically altered by the advent of steam. The project addresses the changes through the actors, seafarers, shipowners and their families, focusing on the adjustment of seafaring lives to a novel socio-economic reality. It investigates the maritime labour market, the evolving relations among shipowner, captain, crew and their local societies, life on board and ashore, as well as the development of new business strategies, trade routes and navigation patterns.

SeaLiT offers a comparative perspective, investigating both collectivities and individuals, on board the ships and on shore in a number of big and small ports across seven maritime regions: it spans from Barcelona and the Spanish Levant coasts, to Marseille and the Provencal ports, to Genoa and the Ligurian littoral communities. Then proceeds east to Trieste and the Dalmatian coasts and further south the Ionian and Aegean islands and coastal mainland up to Odessa, the informal maritime capital port of the Black Sea.

The ultimate goal of this comparative approach is to trace and understand the differences and similarities in the process of transition and integration to the global economy of different Mediterranean and Black Sea areas. Finally investigate how Seafaring Lives affected and reacted to the economic development and social transformation of this major phenomenon of transition from sail to steam on these particular areas. 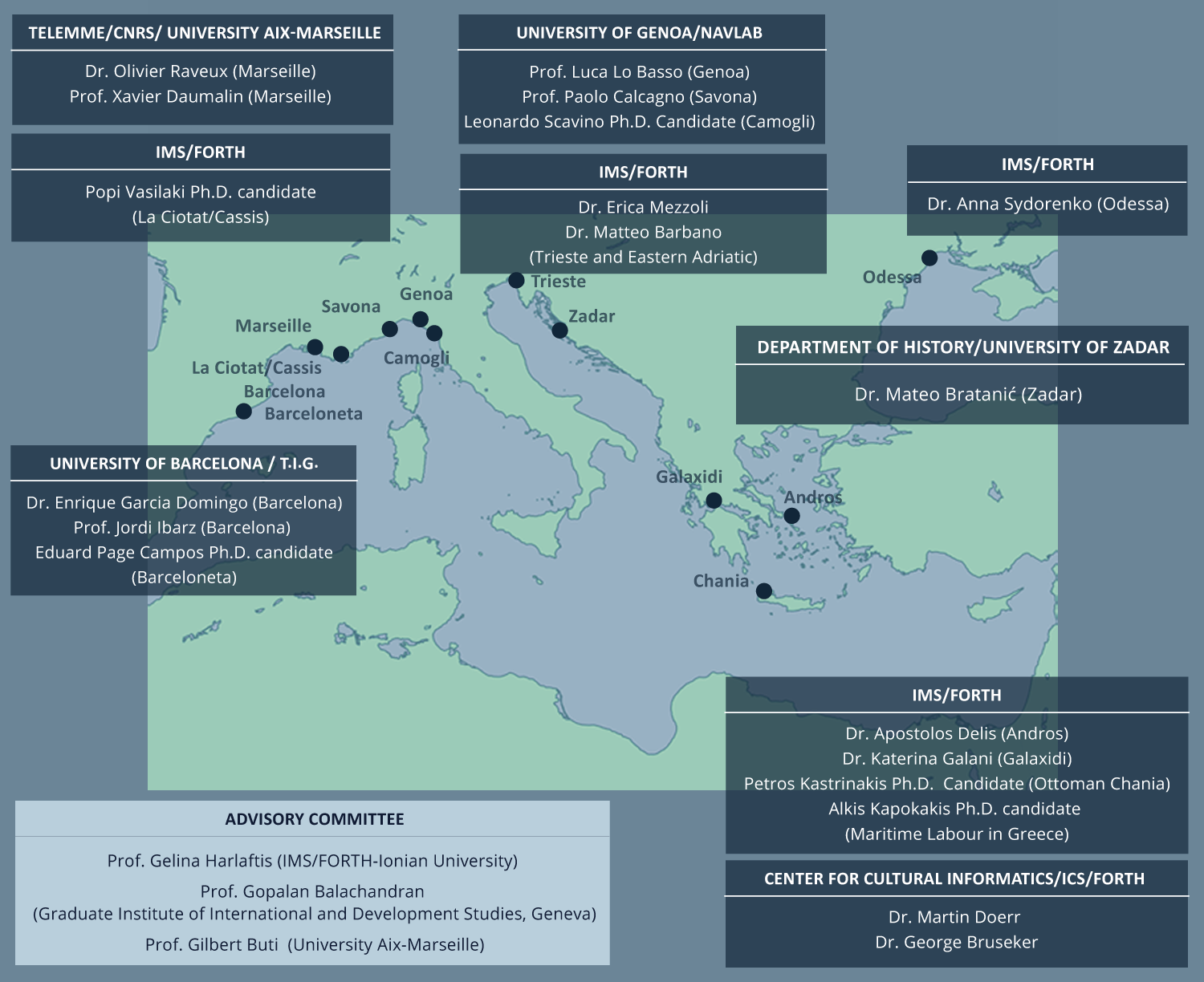